Cultivation Objects was founded in 2020 by Nathaniel Wojtalik. The Brooklyn based studio often employs and unusual approach to materials, often blurring the line between what is natural and what is synthetic.

The studio emphasizes the use of byproducts lifted out of the typical waste stream of the fabrication process and reconstitutes them into new composites and materials.  In an ever-expanding effort to create a more sustainable, if not carbon positive, design practice.

Nathaniel Wojtalik is a New York Based artist and designer. He has had international recognition as an artist, showing work at such prestigious venues as Centre Pompidou, Berkeley Art Museum, Scottsdale Museum of Contemporary Art and Coimbra Botanical Gardens (Portugal).

Piece & Quiet is a series that draws upon the literary, musical and cinematic idea of découpé, or cut-up.

The aleatoric technique of découpé stems from the notion that a text, musical score or image could be cut up and rearranged to create a new body. It was first used as a method by the Dadaists in the 1920s, most notably by Tristan Tzara in his text “TO MAKE A DADAIST POEM.”

Later, the artist and poet Brion Gysin is said to have accidentally rediscovered the method in the 1950s while working on his paintings. He had placed newspapers on his table to protect it while using his “Stanley blade.” He realized that as he cut away the layers, the words and images that were left created new phrases and compelling juxtapositions of ideas.

In 1960, Gysin recorded the sound piece “Recalling All Active Agents,” a layered two track recording that utilized a drop-in compositional technique. The textures of the recording speed up, slow down, stretch and reverse, creating a cacophony of words that, by chance, manifest new sentences and phrases. The recording was included in a compilation by William S. Burroughs and within his introduction he comments, “When you cut into the present the future leaks out.”

The nascence of Piece and Quiet had a similar path as Gysin’s newspaper action. Off-cuts and partially completed prototypes float around the studio; some more machined and worked than others, many just raw materials laying in their natural form. A chair would begin with a collection of elements and then their individual figures would guide the rest of the design, creating a new visual phrase. Design by intuition; limited, but simultaneously, expanded within the constraints of what is salvaged.

Often, parts are intentionally omitted, opening up new ways of interaction; forcing the user to adjust their posture, lean a certain way or rest just one arm, maybe causing the feet to embrace the ground in a non familiar way. The projection of forms often drifts toward a subtle humor and casually saunters away from the inherent functionalism of furniture, without leaving it behind completely. Sit, lean, observe. Accept – or reject – an embrace. 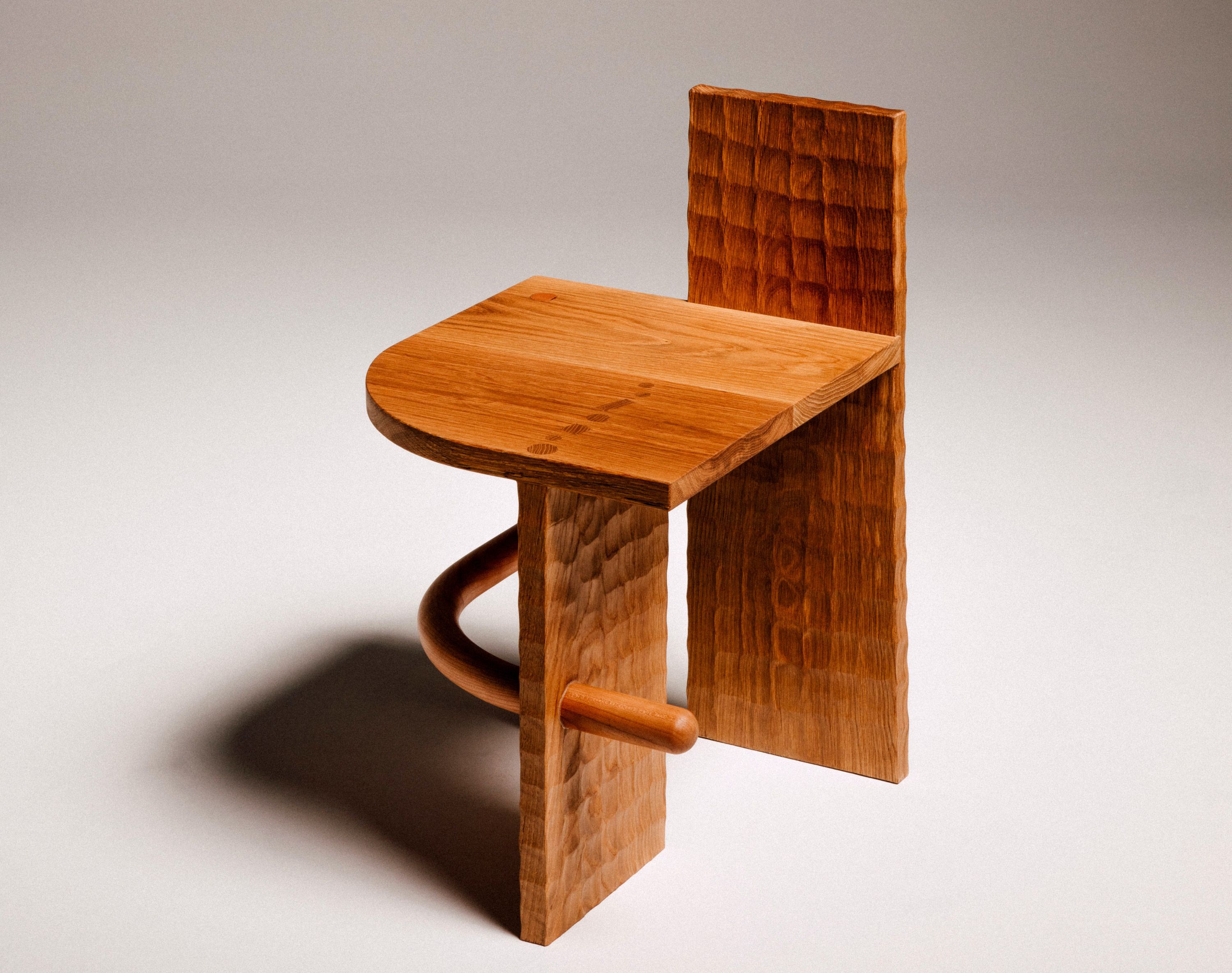 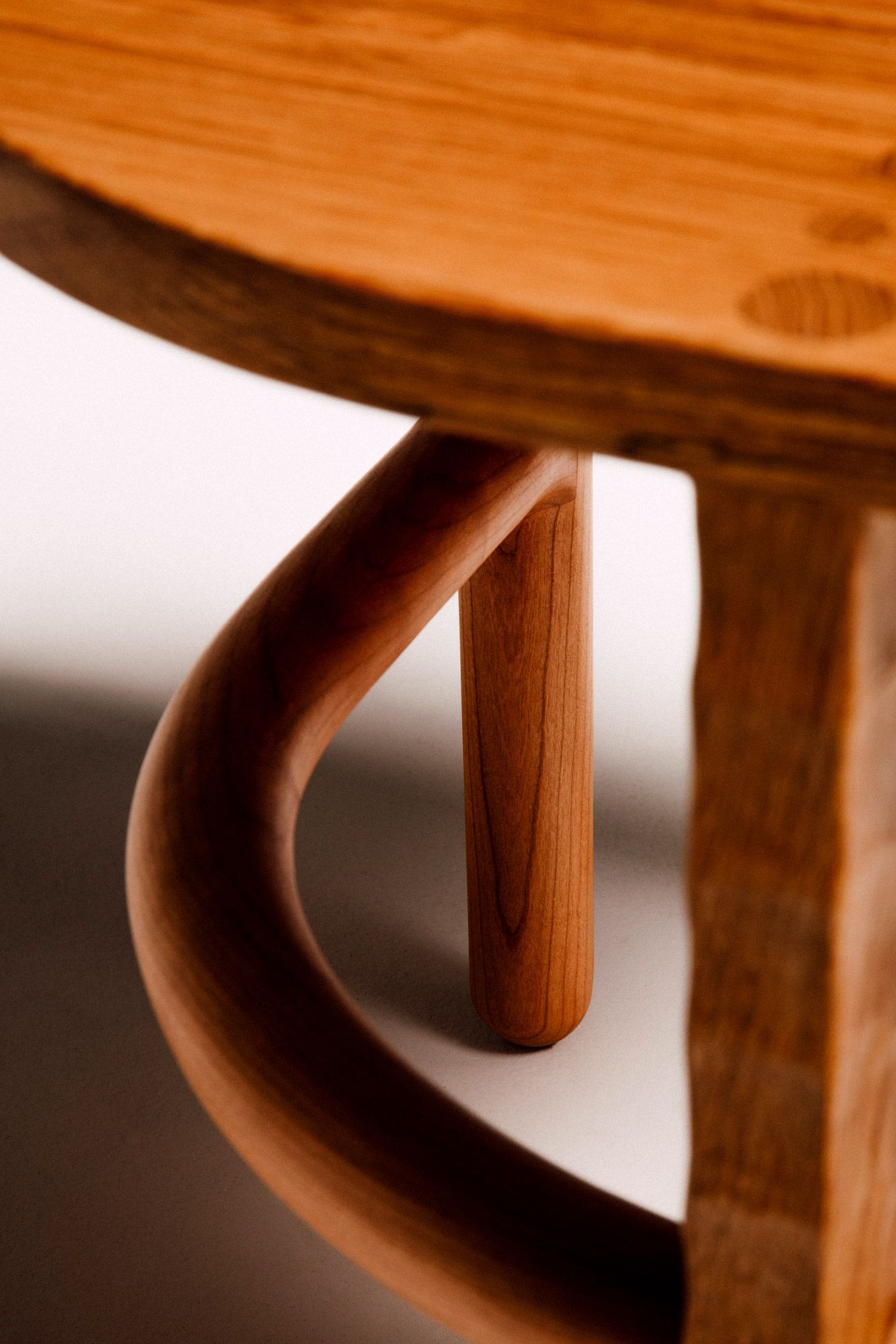