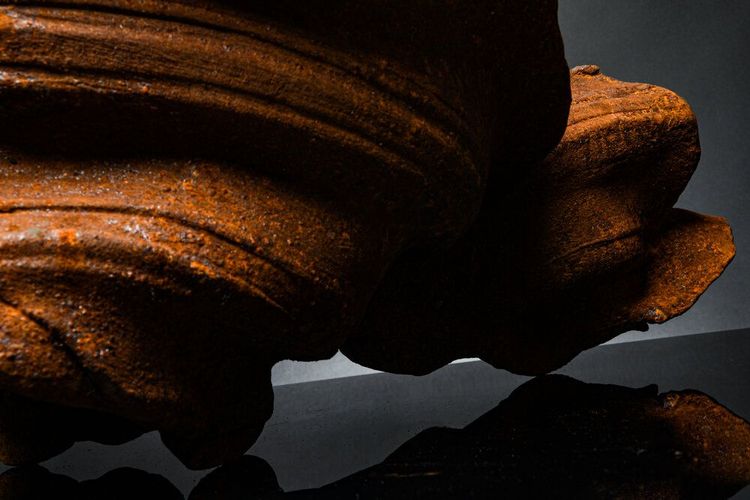 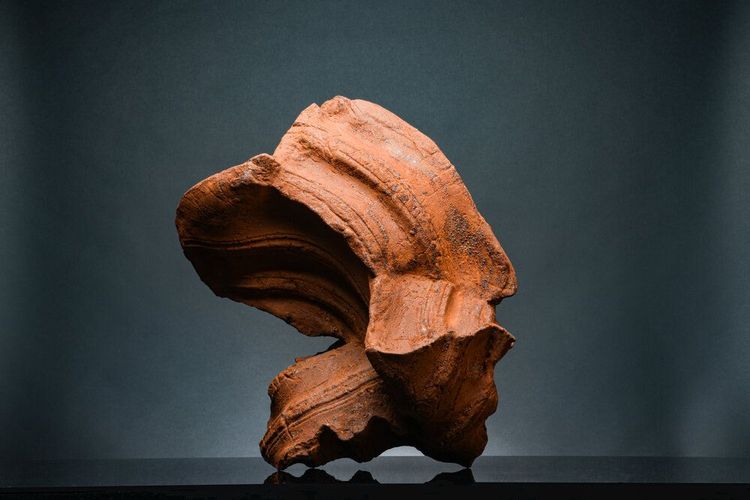 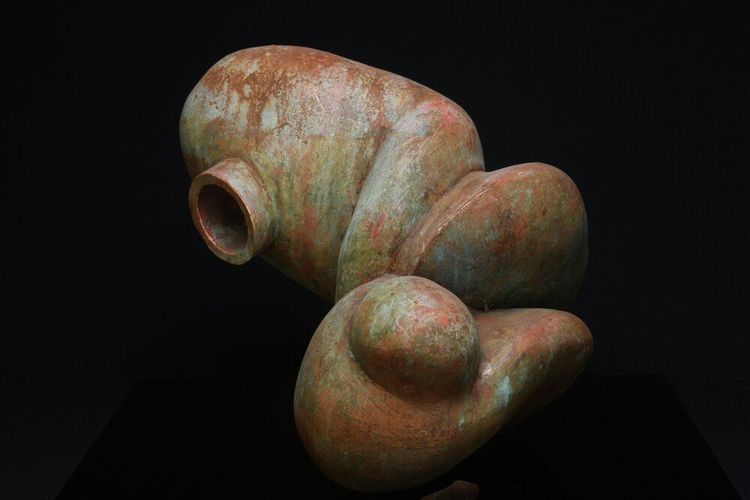 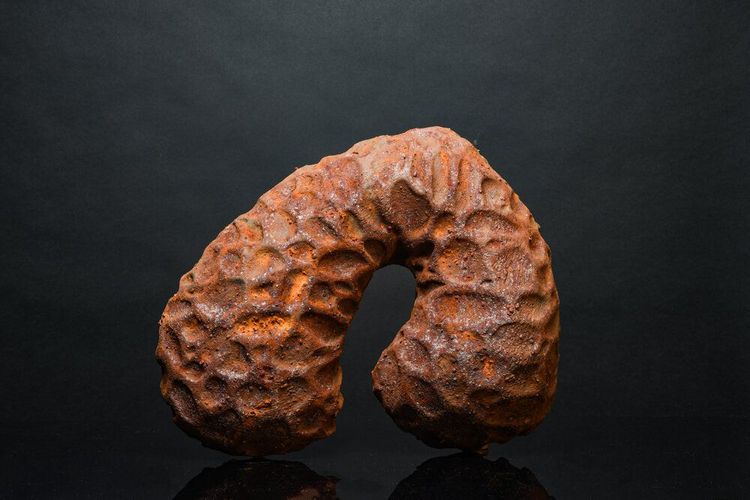 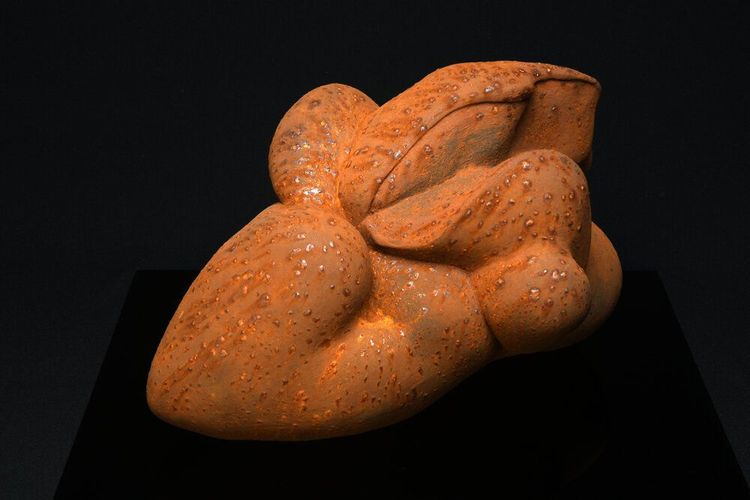 James Evans is a ceramic artist based in London. Evans studied ceramics at the Central School of Art and Design in London during the 1980s, then went to the University of Colorado for an MA in Fine Arts. Evans creates biomorphic ceramic sculptures made up of a collision of qualities, ones not usually encountered within a single form. He often creates sculptures by employing ceramic and metallic materials, and the clay is fired and coated by a smooth crust of gleaming gold, tarnished copper, and rusted iron. The artworks are a peculiar amalgamation of human flesh, geological specimens which seem ostensibly soft but yet hard.

Evans has taken part in numerous group shows, including; Award at Potteries Museum & Art Gallery (2011), Stoke-on-Trent; Atlantic Crossings at the Barbican Art Gallery (1998), Ripe at the Crafts Council (2000), and COLLECT (2003, 2004 and 2006). Solo exhibitions include; Abugation, Marsden Woo Project Space (2012); Galerie Sandra Buergel (2007); Plaisantin at Cosa Gallery, London (2005) and Hypoplastic at Midlands Art Centre, Birmingham (2002). In 2001, he was a finalist for the Jerwood Applied Arts Prize, and in 2004, and an Arts Foundation Fellowship. The Victoria and Albert Museum in London holds a collection of his work.